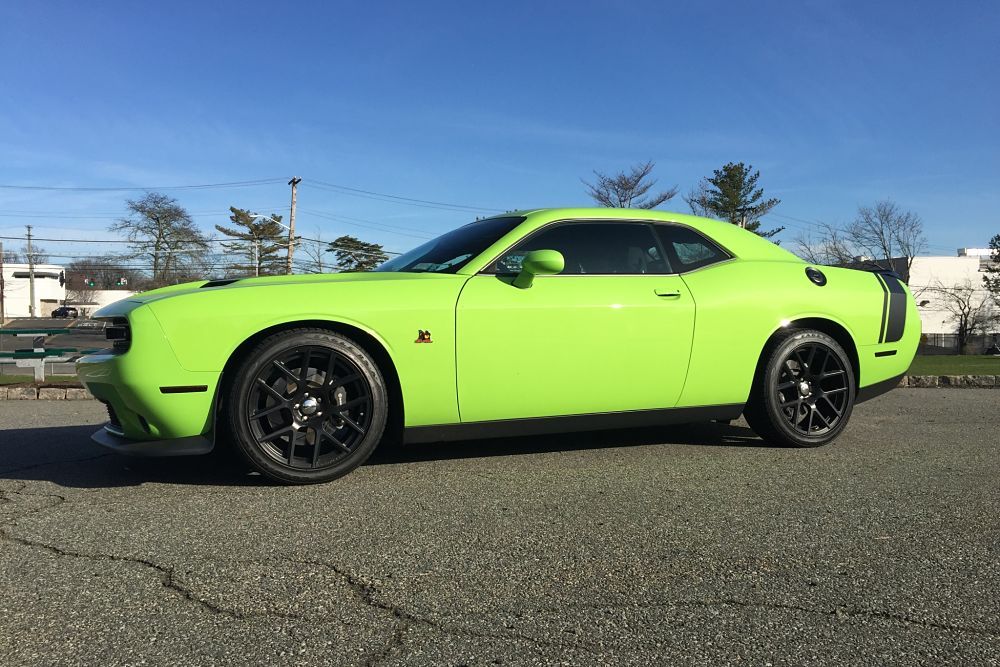 Never In My Wildest Dreams

Please enjoy reading the story about our newest Challenger of the Day!

This is a story written by ChallengerGirl9399 (Priscilla A.)

I’ve always been into cars, ever since I was a little girl. There was always something about them that just appealed to me. And I always had this feeling that they would somehow end up being a big part of my life, especially growing up with my father who owned three beautiful classic cars himself. But never could I have ever imagined that I would own something as special as my Dodge Challenger. And how much it has really influenced and changed my life!

Believe it or not, I actually didn’t want a muscle car, my first dream car was owning a Volkswagen Beetle! That was the car I had in high school and owned for almost 5 years before eventually selling it, as much as I loved the car though, as I got older I began to grow out of it. I began to want something more...something less girlie...something cool, something tough and strong, something mean….something...FAST.

Never in my wildest dreams did I think that I would actually begin saving up for what eventually would become my next car...I had a new dream car for myself, I worked hard and every week I would dedicate over half my paycheck towards it...a Dodge Challenger. It took me 2 whole years, and it was torture, constantly going to Dodge’s website looking at all the customization and colors I could pick, but finally the day had come where I had enough saved up for a down payment and I was able to go to the Dodge dealership and order my new dream! They even had a color I had always wanted on a car. BRIGHT SUBLIME GREEN. The day I finally was able to bring that car home was the best day of my life, and it was also the day my life changed for the better.

I was instantly welcomed into the car community with open arms, for both the young generation of people around my age going to car meets and the older generation of people running cruise nights and car shows like what I used to go to when I was a little girl with my Dad. I had always wanted a car to finally bring to car shows and now I finally had one! Going to car show after car show and cruise night after cruise night my popularity began to grow, people would stop and recognize me! The second that green challenger would pull into a car show or a cruise night people would be following me so they could say hi the second I got out. I couldn’t even take the car for a leisurely drive sometimes without somebody I knew noticing me or getting some sort of thumbs up or nod of approval by somebody driving or walking by.

It was so nice to see and finally experience the car community, so much so that I had eventually decided to start up a car club myself, Mopars of Westchester! And with that we also started our own cruise nights, where we get to have all sorts of wonderful cars come and where they can win trophies too. Never in my wildest dreams, being that little girl going to car shows and admiring all the beautiful cars, would I have thought I too would be able to run something as awesome as Cruise Nights and Car Shows!

One of my biggest accomplishments so far was having my car featured on Dodge's official Instagram page, where the picture has received over 15,000 likes! (Link to Photo)

I can definitely thank all of these wonderful things to my Dodge Challenger. That car has dramatically changed my life, I would be lost without it. It may be "just a car" to some people.

Connect with Priscilla A (ChallengerGirl9399)

Learn more about Mopars of WestChester

Think you have "The Challenger of the Day?"

Check out some of the other photo's of ChallengerGirl9399's Bright Sublime Green Dodge Challenger! 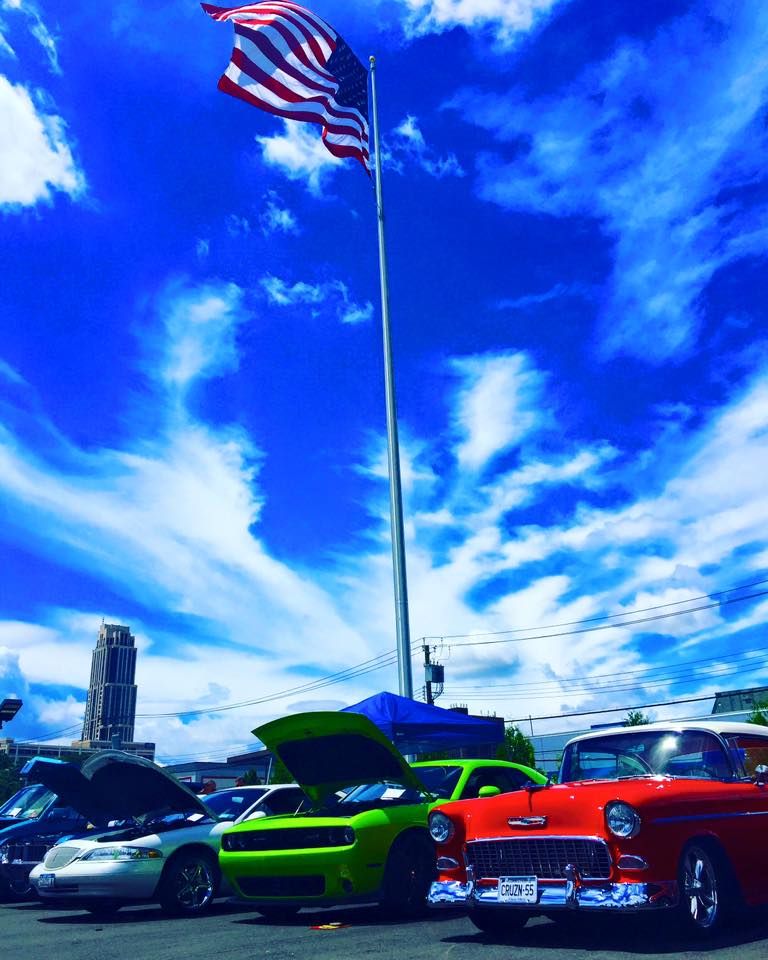 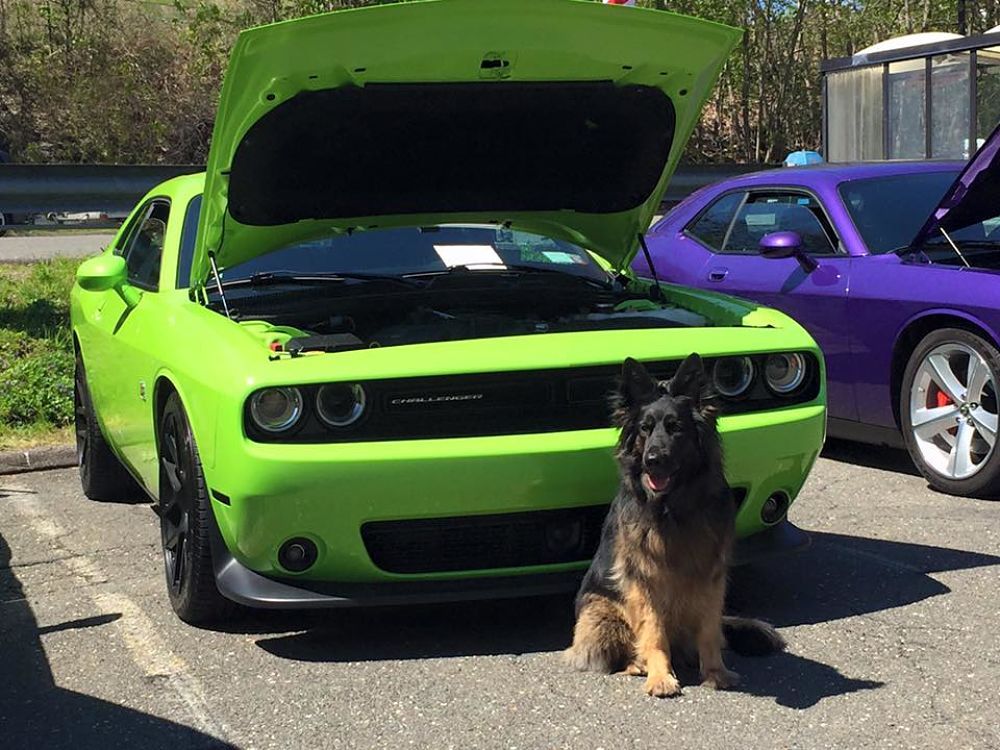 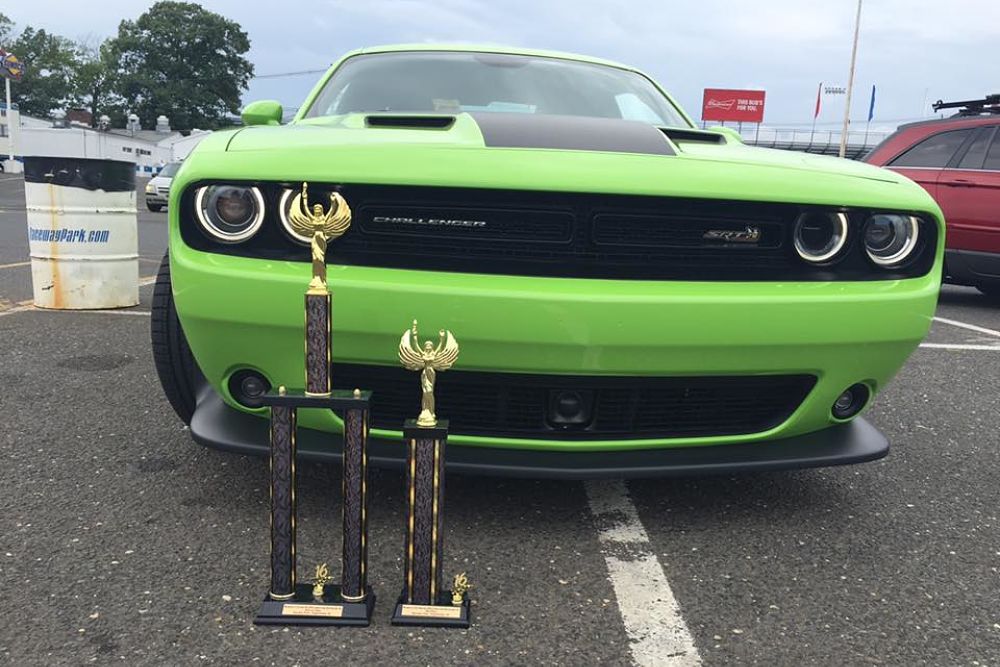 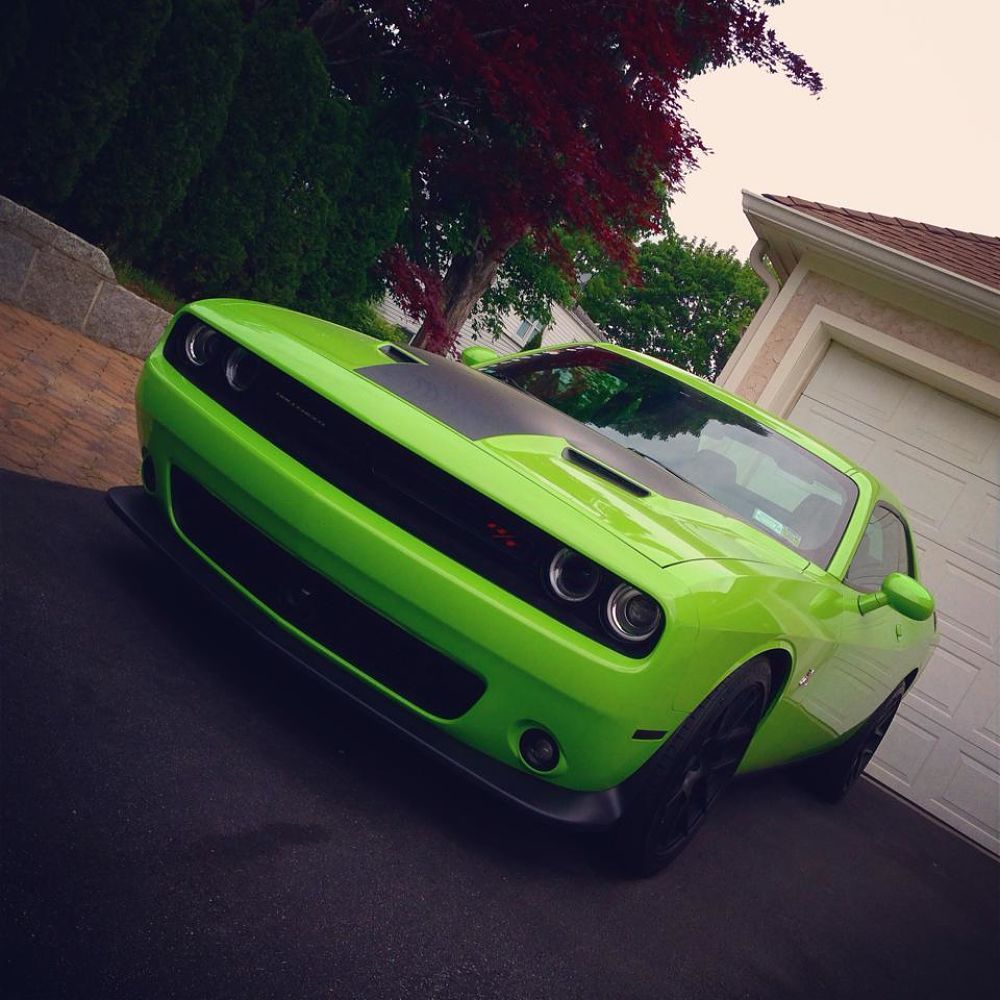 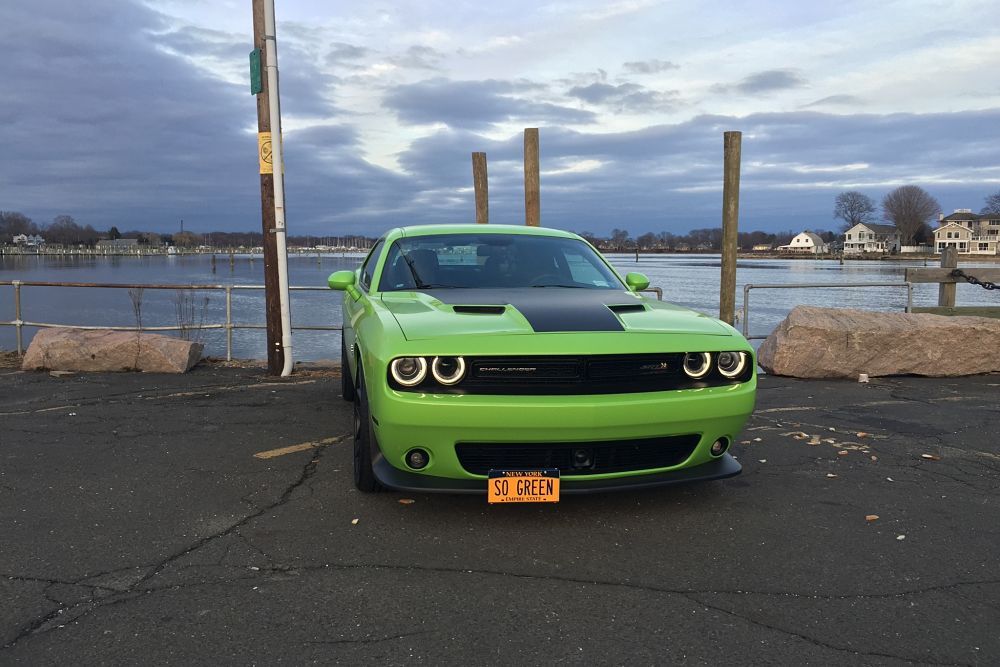 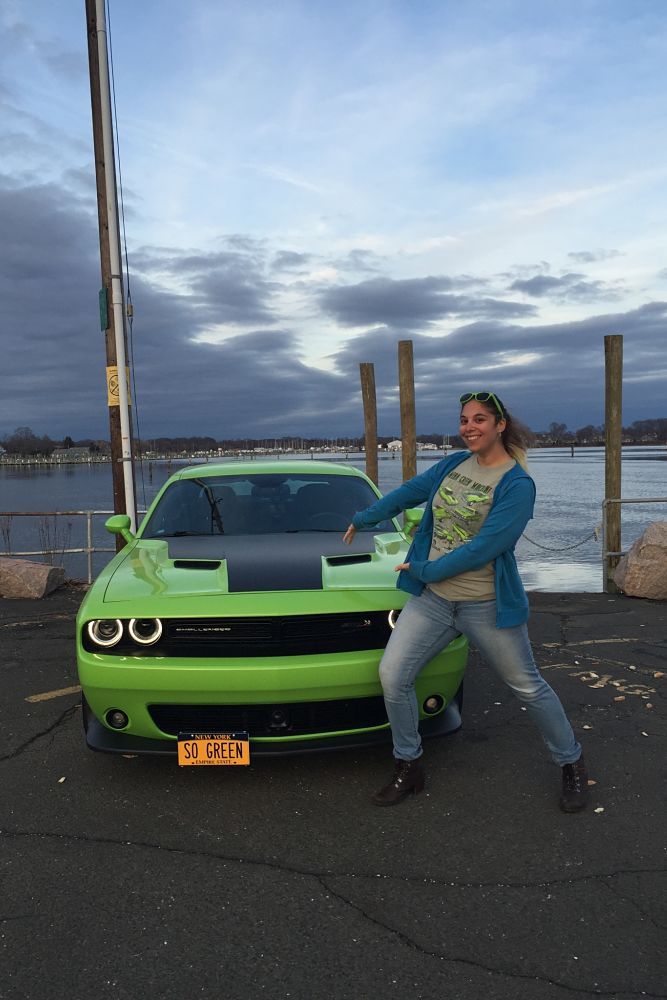 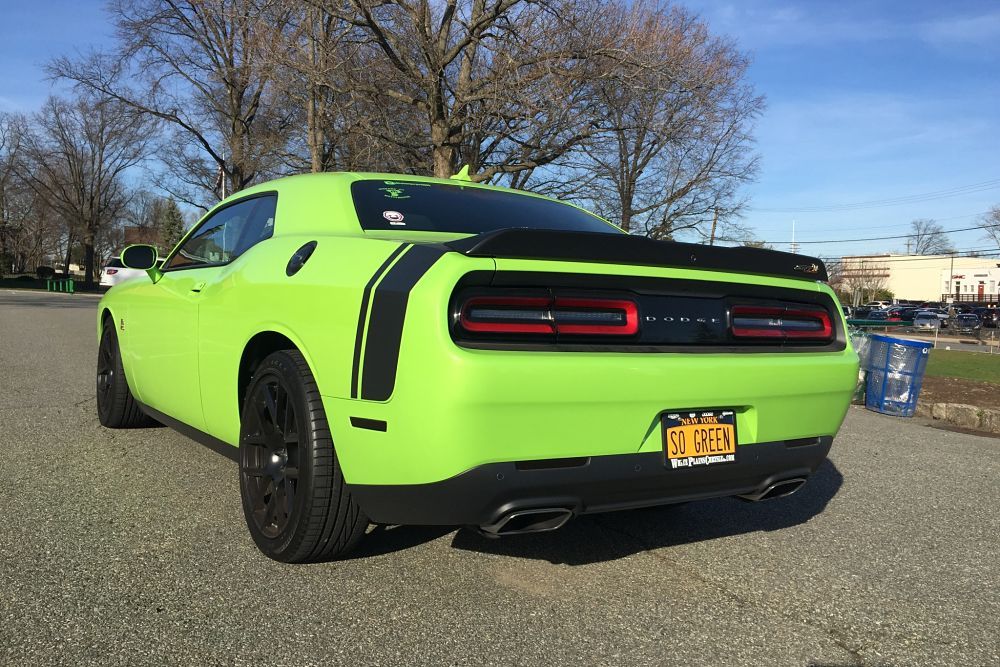 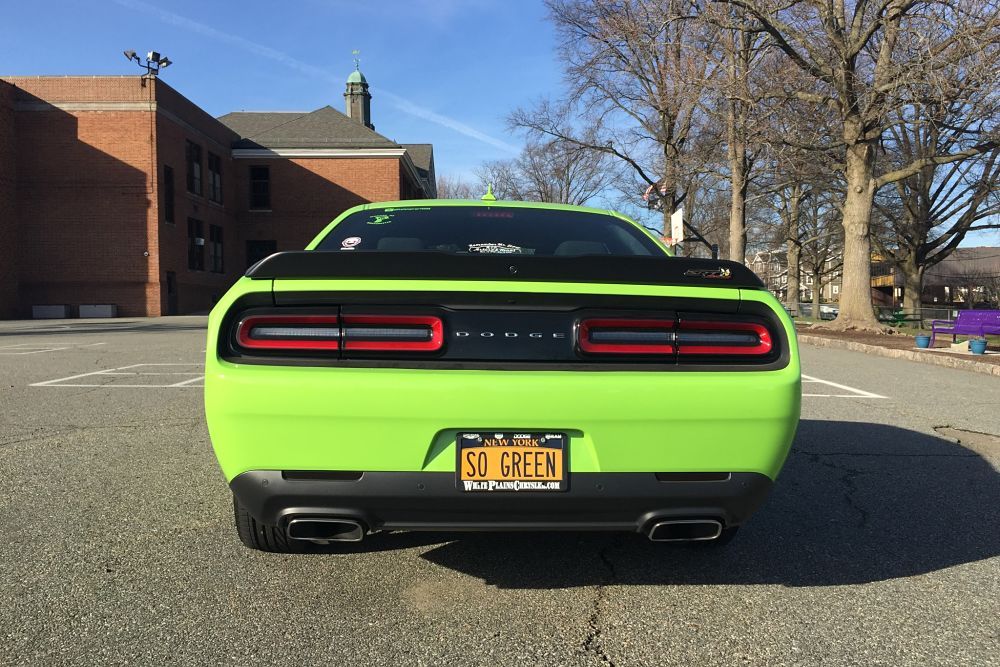 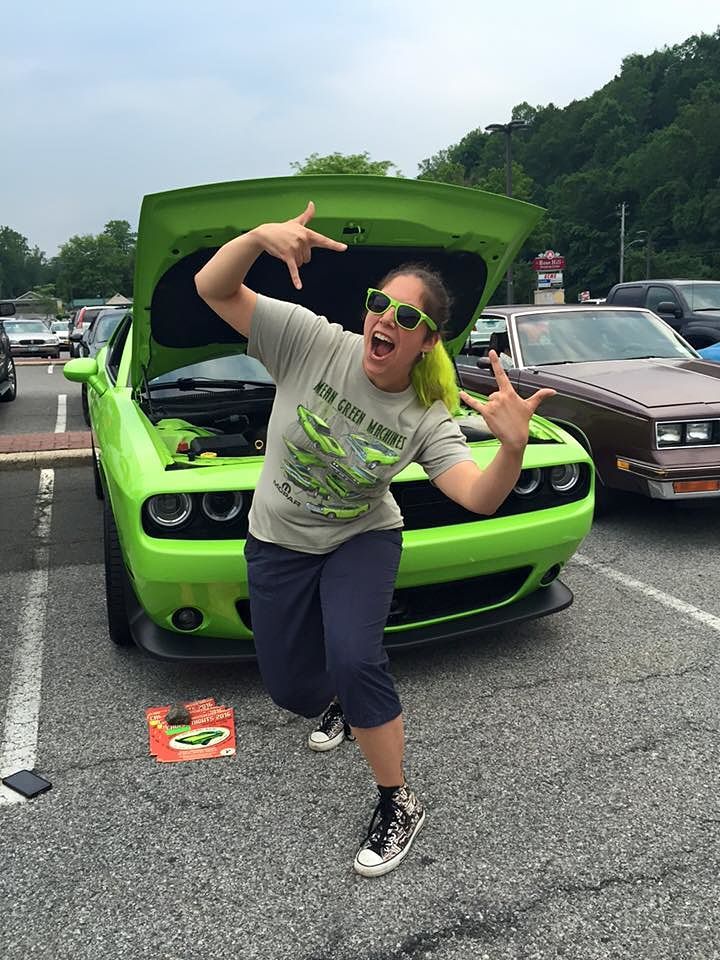 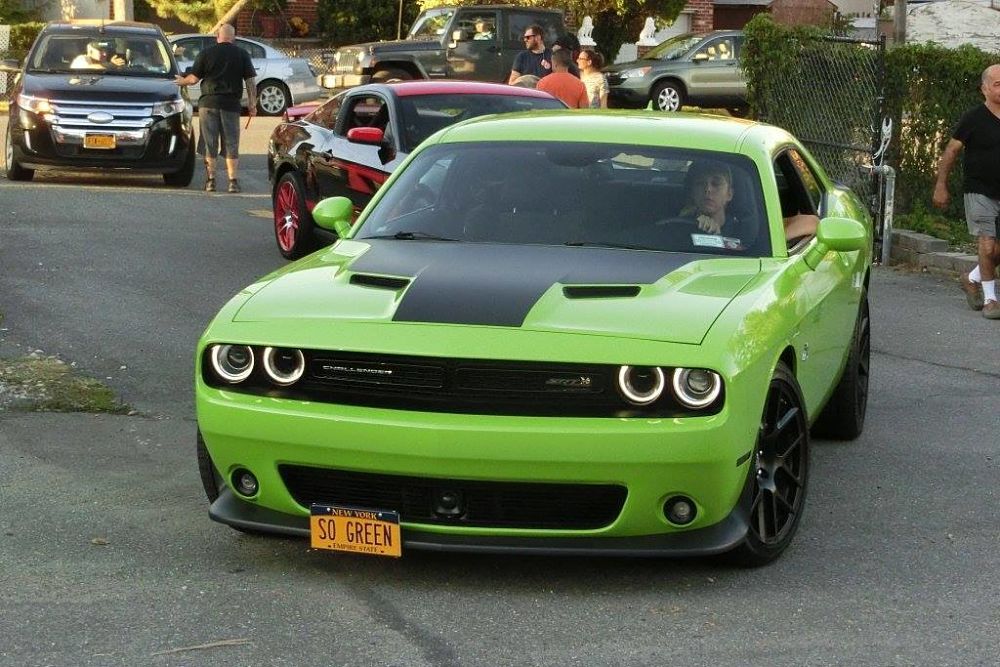 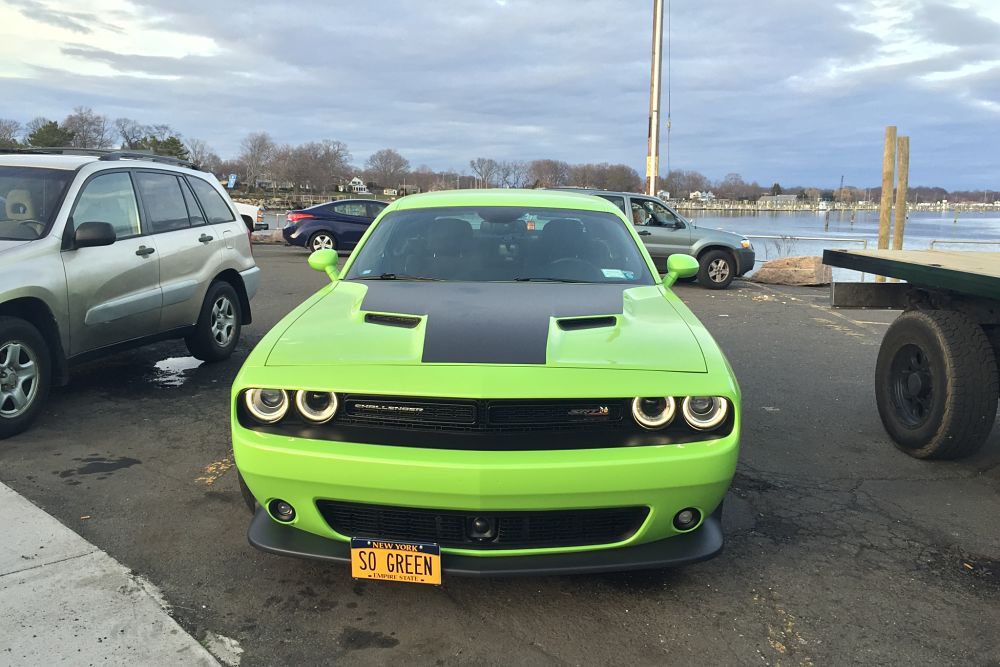 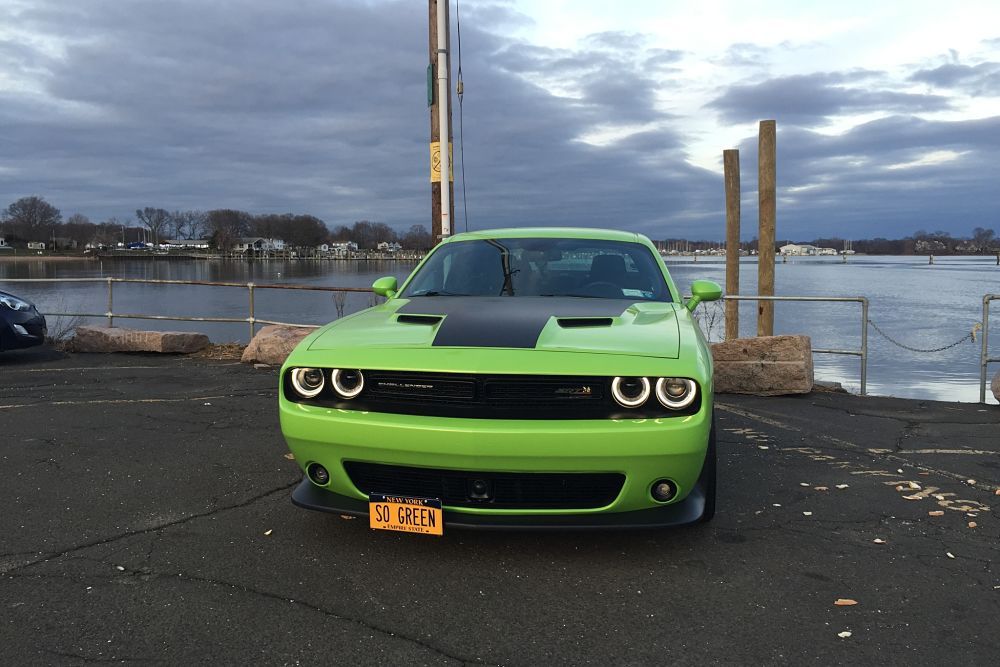 Previous Challenger of the Days

Make sure to check out some of the previous Challenger of the Days that have been showcased on our website. Enjoy! 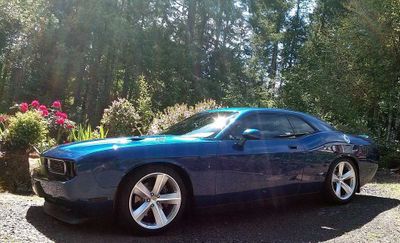 I Call My Challenger "The Happy Car"

It is with a great big smile on my face that I bring you the next Challenger of the Day! Just reading this story you can definitely tell how much this Challenger's owner loves his ride! I hope everyone enjoys reading this as much as I did.

This is a story written by James Swift (SwiftRT)

I love detailing and adding modifications. Sometimes the littlest things add the biggest bang for the buck. I list How-To’s and... 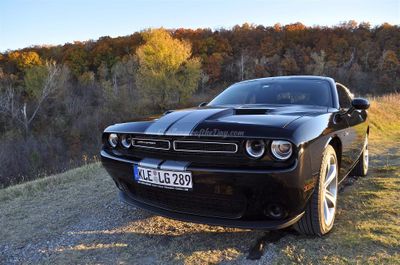 Fin and the American Dream

It is with great pleasure to introduce this week's Challenger of the Day! This is a story about how one couple was able to live the "American Dream" through their 2015 Dodge Challenger SXT. Please enjoy this Challenger story!

This is a story written by Natalie G.

My husband, Linus, and I moved from a low income life in Germany to Oklahoma in 2015. We quickly started off living the American Dream (it truly still... 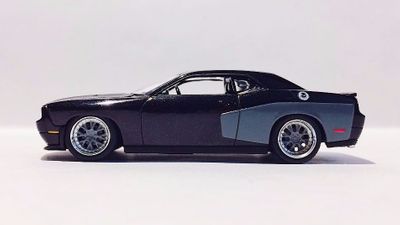 Capturing The Beauty of Car Design Through Photography

It is with great pleasure to introduce this week's Challenger of the Day. Richard Plantt is a very talented photographer and also a collector of die-cast cars. I have been admiring the photos that Richard shares on his social media pages and have developed a friendship with him over time. So I asked him one day to submit one of his Challengers to Challenger of the Day and he definitely went above and beyond. Please enjoy reading his...