It is a great honor to present the Fastest Challenger of the Day ever: 'Go on ‫ ‪Yellow' with Jeg Coughlin Jr.’s 2010 Dodge Challenger Drag Pak! Please enjoy the COTD Story featuring breathtaking photos provided by JEGS Performance and a Driver Q&A with Jeg Jr.! 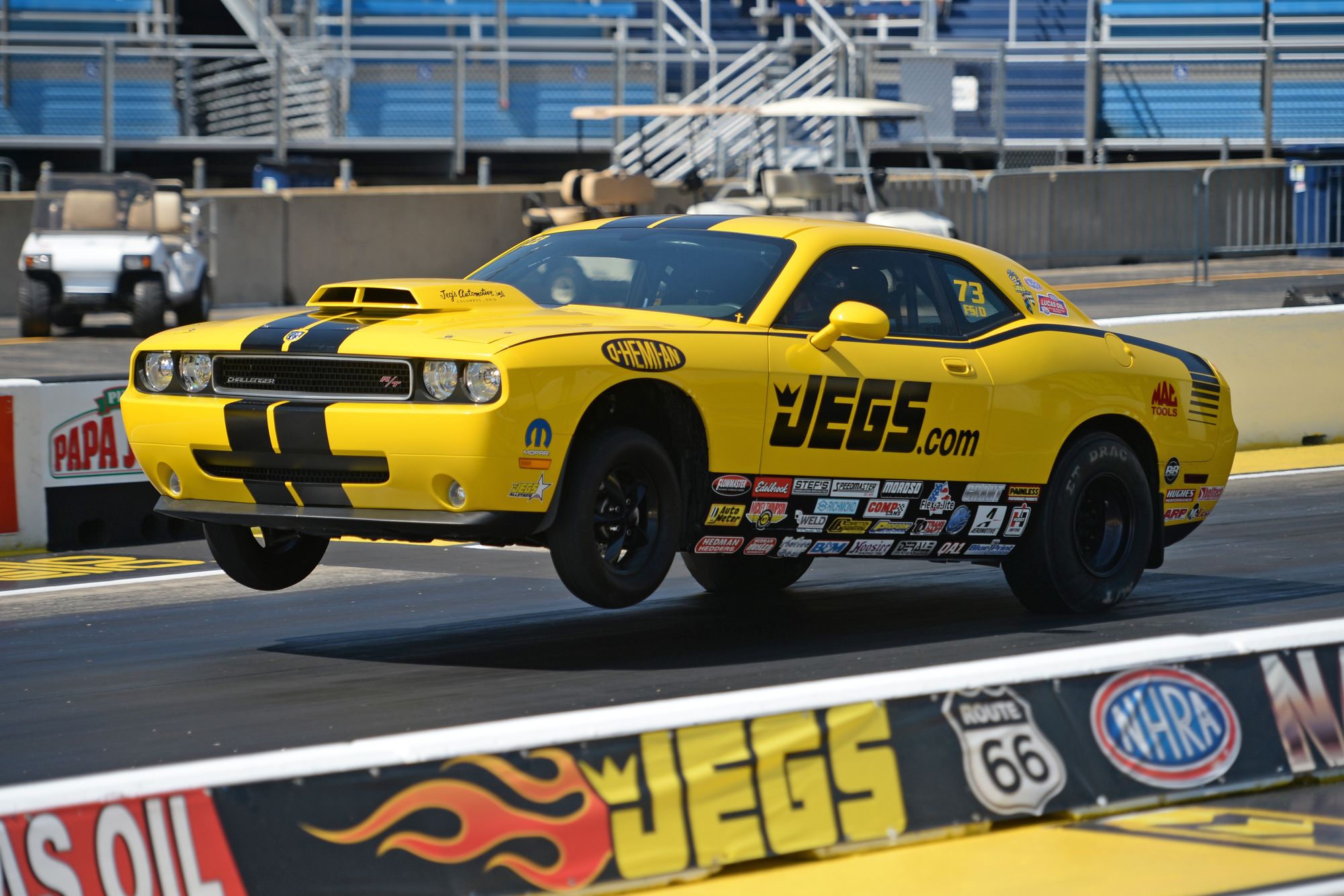 This Dodge Challenger gives a whole new meaning to 'Go on‪ Yellow'! With two wheels up in the air this is one Awesome Beast. As a kid I always wanted to catch some air like this. It’s breathtaking to see! From the first moment I saw the Team JEGS Drag Pak Dodge Challenger I knew I had to see more. There is only one thing cooler than a Dodge Challenger driving by and it’s when one is flying by with the front wheels off the ground!!

Let me tell you a little bit about the history of the Mopar Drag Pak Challenger. Jeg Coughlin Jr. actually drove one of the original two prototype Drag Pak Challengers for the final testing at the Milan Dragway 2008 Publicity event. The ‘Liquid Metal’ Challenger was serial#2008002. After 3 passes the Challenger was deemed ready for production. In 2009 Dodge built only 100 of these with 3 engine options (5.7, 5.9 and 6.1). Engine upgrades to the 2010 production would allow it to now compete in all Stock Eliminator classes.

In 1960 Racing Legend Jeg Coughlin Sr. opened the first JEGS Performance shop in Columbus, Ohio. For the fiftieth year anniversary JEGS Performance introduced Jeg Jr.’s 2010 Challenger Drag Pak. Splashed all over with Team JEGS Yellow it is a celebration that never ends. Only 51 Drag Pak editions were produced in 2010. All with the 6.1l/372cu Hemi V8 power plant and everything you needed to drive off the lot in a Stock ’10 second car’.

I had an opportunity to ask Jeg Coughlin Jr. about the Driver’s perspective and his responses are awe-inspiring.

COTD: How does it feel to fly down the track with 2 wheels in the air?

Jeg Jr.: “I have been guilty of saying for years that launching a drag car, in particular, a stock or super stock car is one of The most fun events of drag racing. When the car starts to accelerate forward AND upward the feeling of flying is near and real and you don’t want the front end to come down (kind of)!

COTD: What is one of your favorite things about this Dodge Challenger?

Jeg Jr.: “One of my favorite things about the Drag Pak car is the history it reminds me of and how the sport grew in the 60’s from the factory to the drag strip”.

COTD: What Drives You?

Jeg Jr.: “The art of perfection is what drives me. In a sport like drag racing there are several levels (car prep, weather/track analysis and actual driving) that need perfection or near perfection to consistently challenge for wins or championships”.

With the help of a great team Jeg Coughlin Jr. is a Champion in multiple racing classes. His Dodge Challenger is also a Champion on and off the track!

Think You Have The Challenger of the Day?

Please enjoy these photos of the JEGS Dodge Challenger.

Exclusive Offer From JEGS on Challenger of the Day

Free Shipping on ALL orders over $99 at JEGS.com

Previously Featured Challenger of the Day

Make sure to check out some of the previous Challengers of the Day that have been featured! 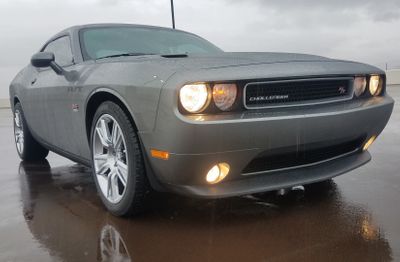 The story begins with a Mercedes E350 Coupe, believe it or not! I was looking for a new car, and found a used Mercedes E350 that was priced right, looked perfect, and was ready to buy. Unfortunately for them someone in sales just sold the car to their mother. Seriously? Okay. No more dealings with that dealership. Time to move on.

Over the years I have had many different makes and models of cars. But this one had to be my keeper. So I... 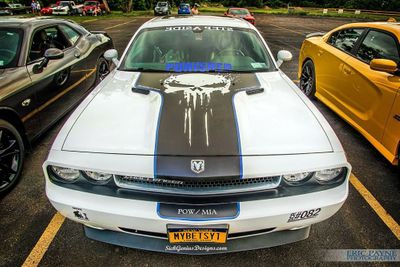 Betsy is a Punisher

I used to have a Dodge Avenger. That was my dream car and I did some nice graphics on it. Everyone always complimented me on it, but I always drooled over the Challenger. For me though it was an out of reach car. Last August a 19 year old ran a stop sign and my Avenger ended up being totaled. For me it was just a car and no one was hurt, but still, she was my baby. The insurance company paid out for the car what I owed plus a nice amount... 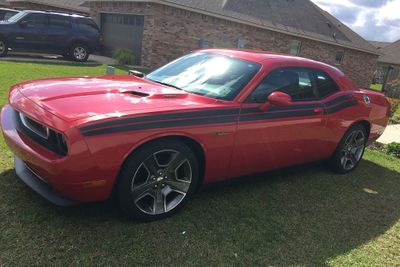 Her Name Is Red Velvet

In the beginning of 2010 I was deployed to Iraq. My life turned upside down when my wife at the time decided to check out of our relationship. I remarried and had a few children. My new wife has seen my struggles to climb back to the top after being low.

In February 2017 we celebrated 6 years of marriage. In honor of all my hard work and dedication, she decided to surprise me with a trip to a local dealer, and what was sitting there....